I just picked up the Jetway ATOM 230 Mini-ITX 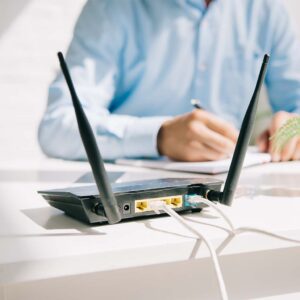 Barebones machine from Newegg. I have to say, I love it. So far there are very few things I can complain about. Generally the case is a good size, there is plenty of extra room inside. The case is made out of a pretty sturdy metal that I was impressed by. It also comes with metal mounting bars that you can attach to the case if you want to screw it down somewhere. Airflow seems more than reasonable, I have yet felt the heatsink anything hotter than cool to the touch. Even when compiling Linux Kernel 2.6. If you’re looking for a barebones project box, you can’t beat the all in one deal with the power supply and the case.

The ATOM 230 isn’t a powerhouse by any means, but it’s fantastic for what it’s designed to do. Unlike the N270 that’s in my ASUS eee PC, the Atom 230 supports x86_64. It also feels a bit more powerful than it’s netbook cousin.Although it may lag behind a similarly powered Celeron 1.6 it is definitely bearable. Jetway and Newegg have a similar unit minus the PCI slots in the near and with the Dual Core ATOM 330. If you’re looking for some extra oomph I’d definitely recommend it. I only veered away from it because I needed the PCI slot, and I may be distributing these for a Not-For-Profit. As far using it as a router or a PBX, I can’t imagine there being any problems with it, but we’ll soon see.

Now I do have a few complaints. The PCI slot covers are nearly impossible to get out, when you do finally bend them out the case is warped, and then you find that normal PCI cards cause the slot cover to not sit right. It’s frustrating to say the least but with a little bit of bending, and one less screw the case closes cleanly without any problems.

Software-wise so far I have been having a nightmare trying to get it to work in Linux. I intend on building a Router/PBX out of it to replace the variety of other appliances I have. But so far I have had a lot of trouble with it. Gentoo seems to have a variety of strange troubles with the ICH7 southbridge. I couldn’t specifically diagnose the problem but I was having difficulty booting from CD as well as experiencing an issue where the drive would alternate between detecting as SCSI (/dev/sda)Â  and IDE (/dev/hdc). To get Gentoo to boot from the livecd I had to use the “nosound” boot option or else it would hang when trying to start the Audio module. I’m going to try CentOS derived Trixbox soon as I’m starting to get frustrated with Gentoo. I think I’m not compiling the proper drivers into the kernel and it’s causing the IDE interface to go wonky.

All and all, I’d definitely recommend this little guy. If you don’t need the PCI slots like I did, pick up it’s Single-Core or Dual-Core cousin with a smaller case. I don’t recommend it for Media, or emulation. Realistically it can do SDTV and SNES Emulation just fine, but for anything more intensive it might make sense to go with a full-powered processor.